​Interstate Revival began in 2016, drawing influence from a range of styles including jazz, blues, funk, progressive rock, and roots rock. The musical work of each member both separately as well as together has found them experiencing opportunities working multiple stages in the bands home of Detroit and throughout the United States, along with dates internationally.

Quickly after forming, the band worked to release their debut recording entitled, Pull. While thankful for the recording, the desire and urge to dig deep both stylistically and contextually rapidly increased. This digging deep and the addition of bassist Michael Curren gave way to the album More Than This released in the fall of 2019. Currently the band is promoting the recent release by working to add live dates to their schedule that will hopefully broaden their fan base and audience. The new material features a stronger groove, and more musicianship in than previous efforts, while maintaining the blues and soulful textures the band is already known for. Also with the new material the bands lyrical content will continue to discuss social causes, spirituality and life issues that their fans are already familiar with.

Spring of 2020 brought the addition of drummer Joe Migliaccio to the band, and he and the band are already planning an all blues follow up to More Than This

The band is honored that over the years they have been able to support important causes like Michigan’s own Stand Down, a local charity fundraiser for Veterans, as well as local Children’s Charities. Both of which the band hopes to continue to support. Based in Detroit, the band already knows and feels they are near some of the best talent in the world. They eagerly look to take band to new heights, paying respect and homage to their vast array of influences.

The bands debut release, Pull as well as the new release More Than This, is available on iTunes, Spotify and Amazon 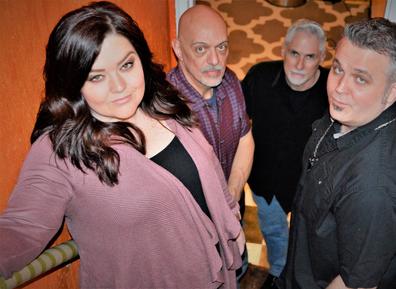